What Motivates You To Make Money Online?

What Motivates You To Make Money Online?

This is a commonly asked question when pursuing an online career, but what is the true story behind the scene?

★ The following content contains a lot of personal information. A box of tissue for your tears is advised.★

I’ve included a short summary of my life story, so you can know more about me. However, if you are not interested in hearing about life stories. I strongly advise that you click away and not waste your time.

My name is Eric, born on February 17, 1991. I grew up with my mother, father, and younger brother in a small city known as San Francisco. I’m just your average boy growing up with semi-strict parents with high expectations.

My father was a local dentist and my mother was a stay at home mom. I went to a small church for pre-school. I can still remember the delicious apple sauce served during lunch time. The best part about pre-school was the frequent naps we took.

Everyday after school, my mother would walk to my school to pick me up. Soon after, my brother was born and we did the same for him.

Life seemed rather normal until the year 2000

My father would take frequent trips to his hometown in China. My mother suspected nothing and neither did I. We would have dim sum with family and friends fairly often while my father was in china. One day, a friend of my mother warned her about my father potentially having an affair in china.

During that time, my mother still had complete trust in my father, so she brushed it off. It wasn’t until the return of my father, that’s when things started heating up. My mother started asking him questions regarding his frequent trips and that ended up causing lots of arguments.

My brother and I were in the middle of every argument. We were scared because we didn’t fully understand what was going on. All we saw was two grown adults whom we call our parents yelling at each other.

My mother found pictures of my father and another woman in his wallet. They seemed too intimate to be just friends and why would he keep it in his wallet?

In the year 2002, my parents finally decided to have a divorce and that left my family forever broken. My brother and I lost the sense of security at home. My mother was emotionally unstable and would cry randomly throughout the day.

Attending a school event alone for the first time

This was also the first year when I attended middle school in the 6th grade. We had a parent and student welcoming ceremony and that was the first time in my life attending anything alone. I walked around to see if I recognize anyone from elementary school. I didn’t and instead, I noticed every student had their parents next to them.

My mother wasn’t able to attend because she now works a full-time job to support my brother and I. She worked at a sweat shop producing clothes and earning half of minimum wage. Every day after school, I would go home and try to complete all of my assignments because I wanted to be successful and take care of my mother in the future.

Life only gets worse

Life just couldn’t get any worse. Living upstairs was my uncle and his family. He’s a pretty friendly guy if you ever meet him, but he lacks communication skills. His wife was the total opposite! She was the least friendly person and talks way too much.

Eventually, my mother was fed up with my uncle’s wife and couldn’t resist saying something. My auntie would pick on my mother and would always leave nasty remarks like, “That’s why your husband left you!” At that point, it was like re-living my childhood horrors all over again. I was stuck in the middle, but this time I was older. I tried to defend my brother by telling him to stay in his room and watch television whenever they end up arguing.

Effects on me and my brother

People didn’t understand why I was so quiet and wanted alone time in middle school.  My grades would soon reflect on my dysfunctional family and I slowly lost interest. To make matters worse, my brother wanted to suicide because he felt like our family is just too much for him to handle.

He mentioned to a student at school that he wanted to jump off a building. Fortunately, a janitor overheard the conversation and reported the incident to the principal. Soon after, he was sent to therapy and I was accompanying him every Wednesday after school.

Did you get rewarded for good grades?

Somehow I managed to pull an average of 3.5 overall GPA on my second and third year in middle school. I heard a lot kids bragging at school about the rewards they get for achieving 3.0 GPA, but my mother couldn’t afford to give me anything, but I didn’t blame her.

High school started and things were not getting any better between my mother and my aunt. The most horrible thing that I’ve witness was when my mother tried to dry our clothes in our backyard. My auntie would leave a bucket of water outside by her back door and waits for my mother to come out. As soon as she sees my mother, she would empty the bucket of water on her.

I seriously wondered if my auntie was crazy at the time. I was 11 years old and because my mother couldn’t speak English, she had me dial 911 to contact the police for the assault. As a matter of fact, nothing changed and my auntie started throwing unsealed diapers instead.

Eventually after calling over 3 times in the course of a couple of months. They recommended that we filed a restraint order on my auntie. That never went through because she lived upstairs and my mother felt it would cause too much problem.

Hanging out with the wrong crowd

I maintained an average of 3.83 during my first year in High School, but my grades slowly dropped again because I just couldn’t focus anymore. I ended up hanging out with people who I shouldn’t have because I wanted to get away from home.

I stopped showing up to class and was a constant truant. One day, I decided to show up and a teacher of mine said something that I would never forget. The fact that it happened in class in front of everyone made it much worse.

The teacher that changed my life

She said, “Eric you will never amount to anything in life. You will most likely work at a fast food restaurant earning bare minimum.” – I took this as an encouragement to be successful.

Return of my father

In 2012, my father returned to my life again. My mother has moved on and only requested financial support from him. She wanted him to take care of the repairs at home.

In mid 2012, we received a phone call from the San Francisco police department. My brother was assaulted in San Francisco, Chinatown. We rushed to the general hospital and on the way there, my mother called my father. I still remember the tremble in her voice as she explained the situation to him.

When we got there, the ambulance hasn’t arrived yet, so we anxiously waited outside. As soon as the ambulance arrived, my brother was brought out on a stretcher. His face was covered in blood and my mother immediately dropped on her knees and cried.

Moments later, my father arrives in a taxi. Running toward us, I could see the fear on his face. At this very moment, he came up to me and said, “I’m sorry.” Ever since this incident, he paid more attention to my brother and I. He made sure we were financially supported and often invited us to have dim sum with him.

End of 2012, my father invited me to help him drive to Fresno. Ever since he left the family for another woman, his repeat clients slowly deserted him.  He needed money to support us, so he decided to work on the go.

During our trip to Fresno, I noticed a small bump on his neck. I asked if he knew what it was. He said, “It’s nothing, it goes away and comes back.”

In 2013, my dad went to get a check up and he was diagnosed with cancer. His doctors recommended him to get chemotherapy at University of San Francisco, but he refused because they told him his teeth will be removed in the process.

My father ended up going back to china for treatment and passed away in 2014 at 46 years old. During this time, I couldn’t even afford a plane ticket for my brother and I. Fortunately, my mother was able pay for our flight ticket, otherwise we wouldn’t even be able to attend our fathers funeral. 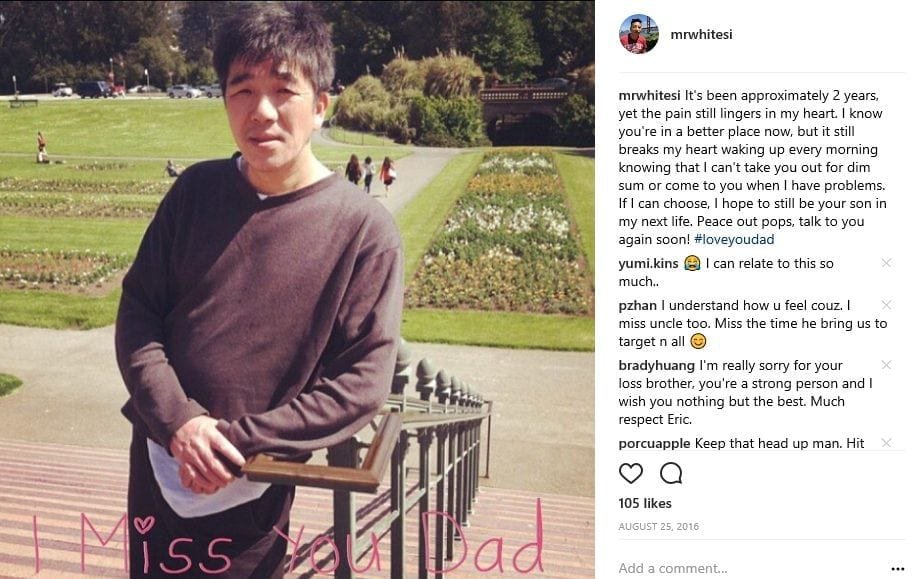 My mother is a strong woman

Fast forwarding time, my mother is now 55 years old. Can you imagine how hard it was for her to take care of 2 children by herself? Even to this day, she still works 6 days a week.

Mom, can you retire ?

I currently work as a car salesman at a Nissan dealership and my brother is a carpenter. We’ve tried to convince our mother to retire, so we can take care of the living expenses. She refuses because we’re not making that much money right now and my pay fluctuates way too much.

The beginning of affiliate marketing

That’s when I expanded my search to working online and becoming an affiliate marketer. I was fortunate enough to find an individual talking about Wealthy Affiliate.

I decided to give it a try because it was free with minimal risk! In the beginning I was only thinking about money because that’s precisely what I need to support my mother, but it has slowly become a daily activity. 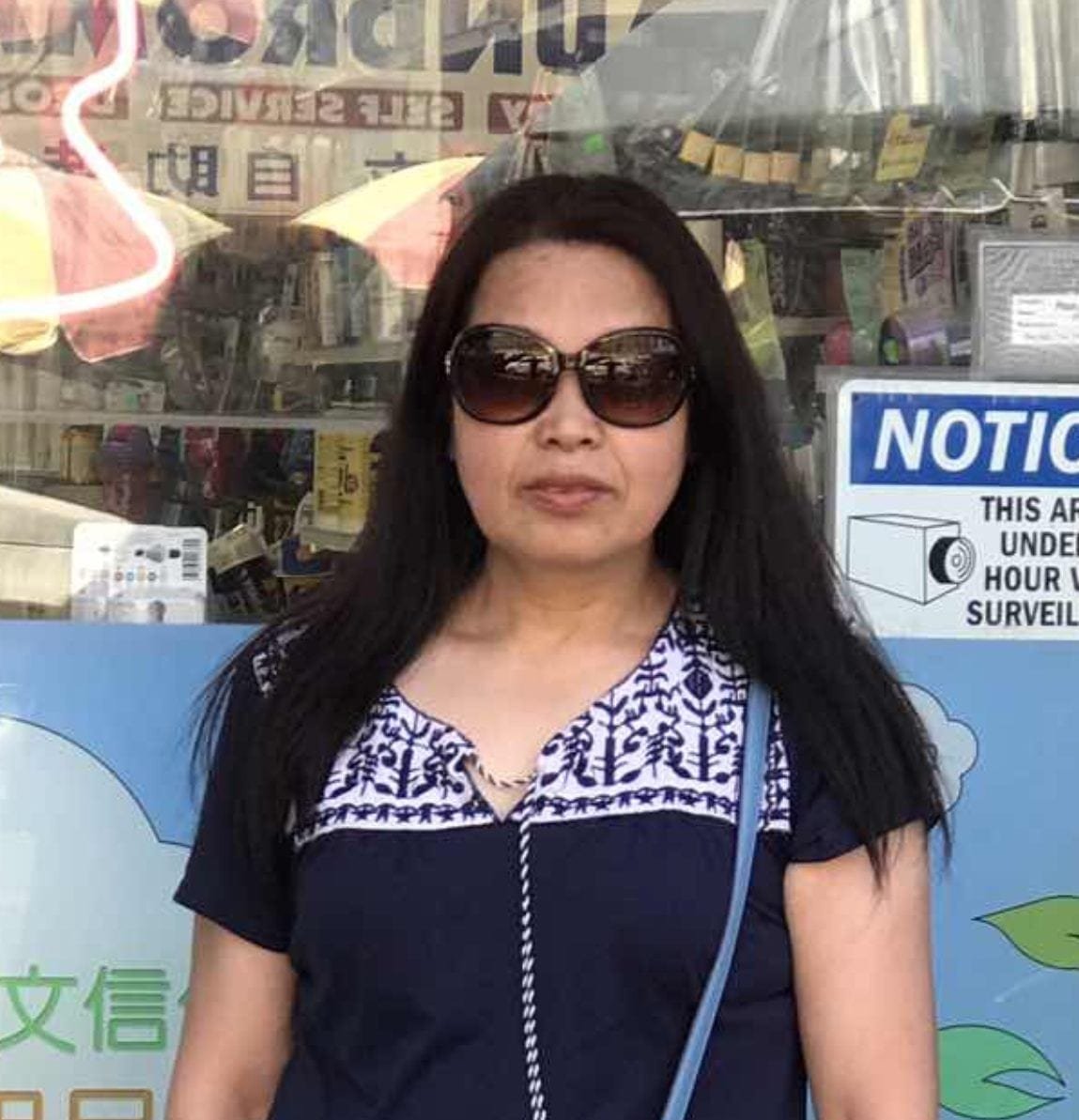 It really saddens me seeing her aging much quicker than people her own age. I don’t have time to spend with her because my work hours are ridiculous.

I don’t know where this will take me. One day, I hope I can make an honest living doing this and have the time to spend with my mother because she is getting older and older day by day.

My family and especially my mother is what motivates me to try my best, so I can work at home one day.

What motivates you to pursue in online affiliate marketing?

A regular person who envisions his success from helping you become successful. He is not featured in the New York Times, but we all start somewhere, right?Life Motto: Nobody will ever pay you, the way you pay yourself. Be your own boss and control your own income.

Tags:what is the best way to make money onlinework from home opportunities